I am a jack of all trades, master of none. (Which is better, some say, than a master of one).

In my science fiction, I focus on language, apocalyptic settings, and science, in that order. I have prepared a brief photo-tour to explain to you, dear reader, how that came to pass. Wander with me, if you will.

Right out of high school, I studied Geophysics and Meteorology at the University of Hawaii.

But I caught island fever and transferred to the University of Oklahoma, to focus on Meteorology and Geophysics. Basically, I wanted to chase tornadoes.

But, because I didn’t know Meteorology is all complex math, and Geology is all chemistry–both subjects I have zero affinity for–I went into English, and the rest, as they say, is history.

So I moved to Scotland, to pursue degrees in Viking Studies, and I wrote a dissertation on geology and mythology, and coined a term I’m pretty proud of: geomythogenesis. Literally, earth-based myth-creation. As a result, I now know enough about hydrofluoric acid and Icelandic volcanism to simultaneously confuse and concern the CIA.

While there, though, I got to try out some new hobbies, like painting: 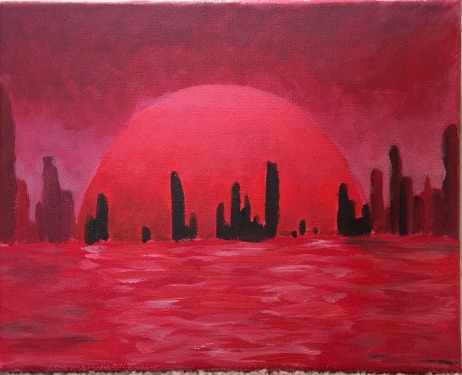 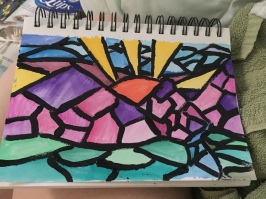 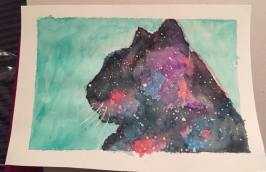 I discovered my love of funky hats and funkier photo opportunities:

And I got to spend a summer in Iceland, learning how to transcribe and translate medieval manuscripts.